Writing this feels so weird since I haven’t written a review in a long time. But I feel like I’ve gotten (a part) of my life back on track, and I’m now back in a relationship and made a new good friend (who is probably reading this. Know that you’re just a guest in this house and I will not make breakfast for you). So yeah, pretty good life. But enough about me! This book was one of the most recent books that I’ve read that got me through this no-book slump.

Title: To Kill a Kingdom

Princess Lira is siren royalty and the most lethal of them all. With the hearts of seventeen princes in her collection, she is revered across the sea. Until a twist of fate forces her to kill one of her own. To punish her daughter, the Sea Queen transforms Lira into the one thing they loathe most—a human. Robbed of her song, Lira has until the winter solstice to deliver Prince Elian’s heart to the Sea Queen or remain a human forever.

The ocean is the only place Prince Elian calls home, even though he is heir to the most powerful kingdom in the world. Hunting sirens is more than an unsavory hobby—it’s his calling. When he rescues a drowning woman in the ocean, she’s more than what she appears. She promises to help him find the key to destroying all of sirenkind for good—But can he trust her? And just how many deals will Elian have to barter to eliminate mankind’s greatest enemy?

Okay, so this book has been on my TBR for the most part of the year since there was a craze of The Little Mermaid retellings, and I saw a blogger (I forgot who, sorry 😦 ) mention that this was the best out of all of them. Then I mentioned this book to my boyfriend, who loved it and has bugged me to read it ever since.

PSA: This book is not about mermaids, it’s about sirens. The author put so much into the world building, and even though it’s sort of a retelling, it’s so much more than that. There are different kingdoms, and each kingdom has a lore or legend related to the royalties of that kingdom. For example, it was said that the Midasan royalty, very fitting name, by the way, because, get this, has gold for blood. Which is bull because Elian, the prince, never bleeds gold. It’s amazing how these legends get incorporated into the story. There’s also a bigger battle going on, involving a dead Goddess and the war between human and sirens, but I don’t want to give that away. You just have to read it, because, again, the world building is a-ma-zing!!!!

The sirens, whose description you will see into the book, are a different species than the mermaids, and Lira, our main character, is definitely not someone who wants to get feet just to get her prince charming. Which brings us to the next point…

Lira is mean. She is cruel and unforgiving, and she is the heir to the Sea Queen. That’s the information you get right off the bat. And I love her so much. I might be biased because I love it when the main characters are like this. All she wants to do is to live up to her mother’s expectations and be the perfect heir she wants her to be: which is to not feel any emotions like pity and love, because those emotions are humans, and sirens are supposed to be better than that. Once the story progresses though, we see that just because Lira is like that, doesn’t mean she was born that way, it was because she was raised that way. And I think that really makes us ponder, that everyone, no matter if it’s fictional or no, was not born evil, but it was the circumstances that make us who we are today. That was mildly philosophical, but you get my gist.

I really love how the author creates characters that are so multifaceted. I ended up loving Lira, and also Elian, the human prince whose heart Lira wanted to rip out, and how their characters develop over the course of the story, and (spoiler alert but not really) how they fell in love with each other. It was subtle, and it was definitely not out of character at all. Heck, they both treated the other like crap in the beginning. Elian even put her in a crystal cage to keep her prisoner. Definitely not your typical romantic cruise idea.

The fighting and gory scenes were to die for. This is very refreshing, seeing the author describe the scene in such wonderful detail, like how when Lira sees a siren captured for the first time, who just happens to be her rival. How she delights in seeing the siren suffer and beg for mercy. How all the pirates on deck didn’t want to watch, and Lira thought it was such a shame that the siren gets killed so quickly. And this was just one scene out of many!

So yeah, this book is not just a retelling, but the original fairytale still somewhat holds, and there’s another lore inside this (I tried finding this lore in other mythologies, but couldn’t find it, so I assumed it was what the author came up with):

Any human who takes a siren’s heart will be immune to the power of their song.

This kept on screeching at me to no end, because okay how the heck is this book going to have a happy ending???? Spoiler alert: It does have a happy ending. So if you haven’t read this book, and you like books where the main characters are just amazing, with character development that’s so realistic, a relationship that makes your heart sing like the song of the sirens, and just wonderful world-building, this is the book.

Tell me about a retelling that you loved reading!

Hi everyone, I’ve been away for a while because uni got really packed and I got dumped, so obviously did not feel any motivation for anything, except skincare. You will have to pry my moisturiser from my cold, dead hands before I stop doing my nightly skincare routine.

END_OF_DOCUMENT_TOKEN_TO_BE_REPLACED 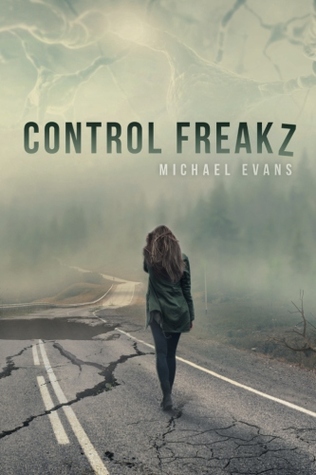 END_OF_DOCUMENT_TOKEN_TO_BE_REPLACED

This post is based off The Caffeinated Bookworm’s the Sunday Post, which is a weekly meme to recap the past week, showcase books and things you have received and share news about what is coming up for the week on your blog.

I know today isn’t Sunday where I’m at, but it’s still Sunday in some parts of the world, right? I am completely justified writing this post on a Monday morning. END_OF_DOCUMENT_TOKEN_TO_BE_REPLACED

END_OF_DOCUMENT_TOKEN_TO_BE_REPLACED

Waiting on Wednesday is a meme created by Jill @ Breaking the Spine, where we talk about the releases that we’re anticipating. (I also saw this post by Amanda @ MetalPhantasmReads!)

I didn’t even have to go on this year’s Most Anticipated Books of 2018 because I have been anticipating this book ever since I finished King’s Cage last year, two days after it was released. I have been waiting for this for more than a year, and hoo boy am I ready.  END_OF_DOCUMENT_TOKEN_TO_BE_REPLACED

This post is based off The Caffeinated Bookworm’s the Sunday Post, which is a weekly meme to recap the past week, showcase books and things you have received and share news about what is coming up for the week on your blog.

The past week has been very hectic for me, what with tests, falling sick, and organising a public speaking competition. I just got back from meeting up with the national student council and I hope this week will be less hectic since we don’t have any upcoming events we have to organise. What’s more exciting is I’ll be going off to Brisbane to see my uncle this Good Friday + Easter break. Got any plans in mind? END_OF_DOCUMENT_TOKEN_TO_BE_REPLACED

I messed around on and did a sort of post header! I’ve got to say I’m pretty proud of doing that without my boyfriend’s guidance (he’s great at designing stuff, I’m making him do my blog header atm LOL).

Down The TBR Hole is a meme by Lia from Lost in a Story where you cleanse your ever-growing TBR shelf from books you’re not going to read. END_OF_DOCUMENT_TOKEN_TO_BE_REPLACED

“You can be surrounded by people and still be lonely. You can be the most popular person in school, envied by every girl and wanted by every boy, and still feel completely worthless. The world can be laid at your feet and you can still not know what you want from it.”

This quote is from Speechless by Hannah Harrington, and it’s about a girl who took a vow of silence because the last secret she shared almost endangered someone. This quote is when she transformed from being the gossip girl of the school to someone who had all of that stripped away from her. It’s a very good read about personal discovery and growth.

Personally, this quote hit hard. I’m always surrounded by people, be it at home, in classes, in volunteering sessions, you name it. I’m vice president of an organisation, so I always have people texting me and calling me. My classmates ring me up to do their assignments with me. Despite that, sometimes I still catch myself feeling very lonely. All these people have their own circle of friends who would do anything for them, but not me. My family, best friend and boyfriend live far away from me and that hurts a lot. I have to admit, I got a bit emotional last week thinking nobody might even do anything for my birthday, which sucks because I’m not supposed to expect and ridiculous because my birthday isn’t for another two months!

Anyway, enough brooding! I’ll just send myself a couple of books and skincare stuff as a birthday gift, from me to me and celebrate when I’m meeting my BFF.

• Thank the person who nominated you. Thanks again Chizurue!
• Post a quote for 3 consecutive days (1 quote for each day, can be a super short post).
• Nominate three new bloggers each day.

I’m tagging you, the one reading this! Let me know if you do it so I can see your quotes.

Did this quote resonate with you? I’d love to know I’m not the only one feeling like this.